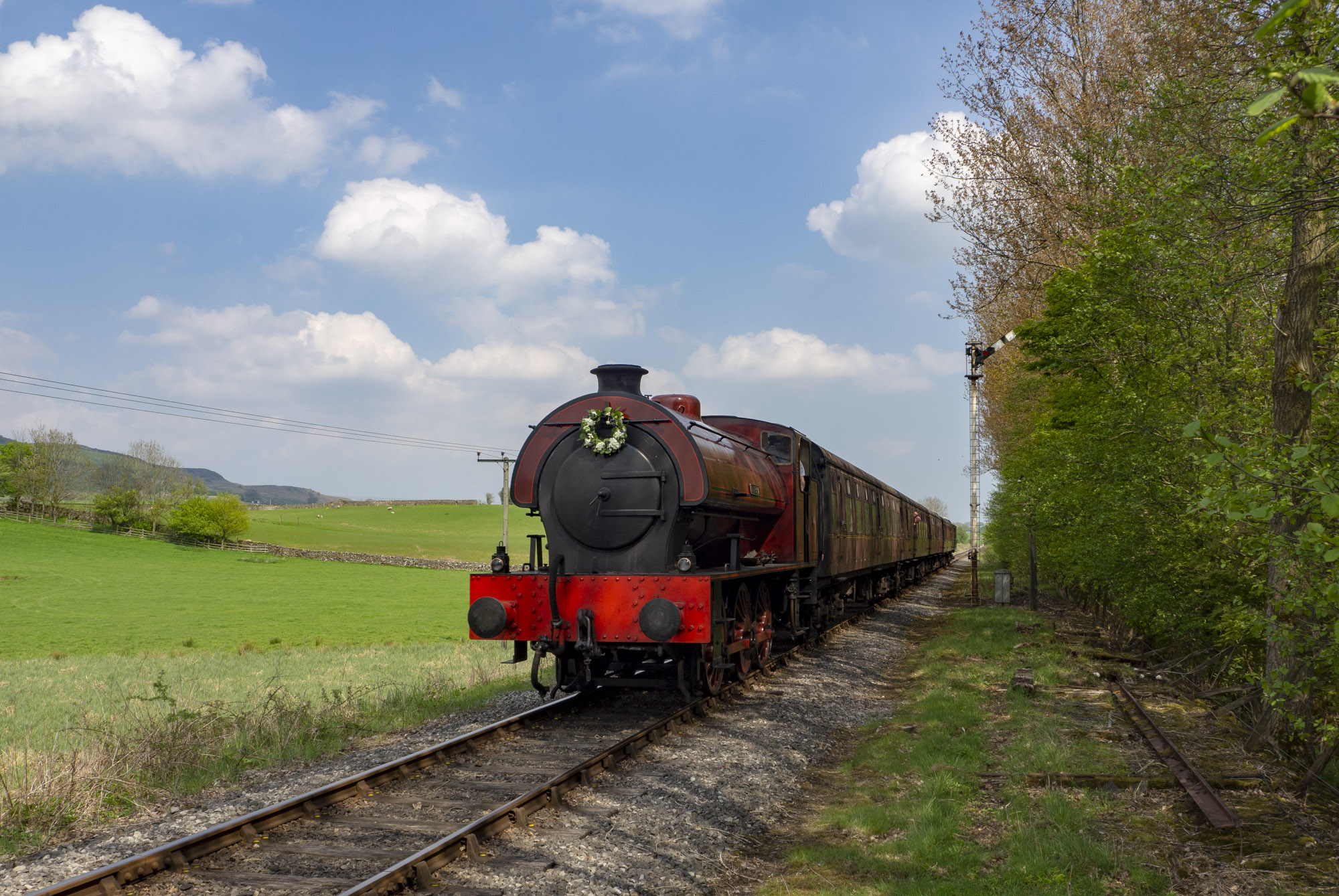 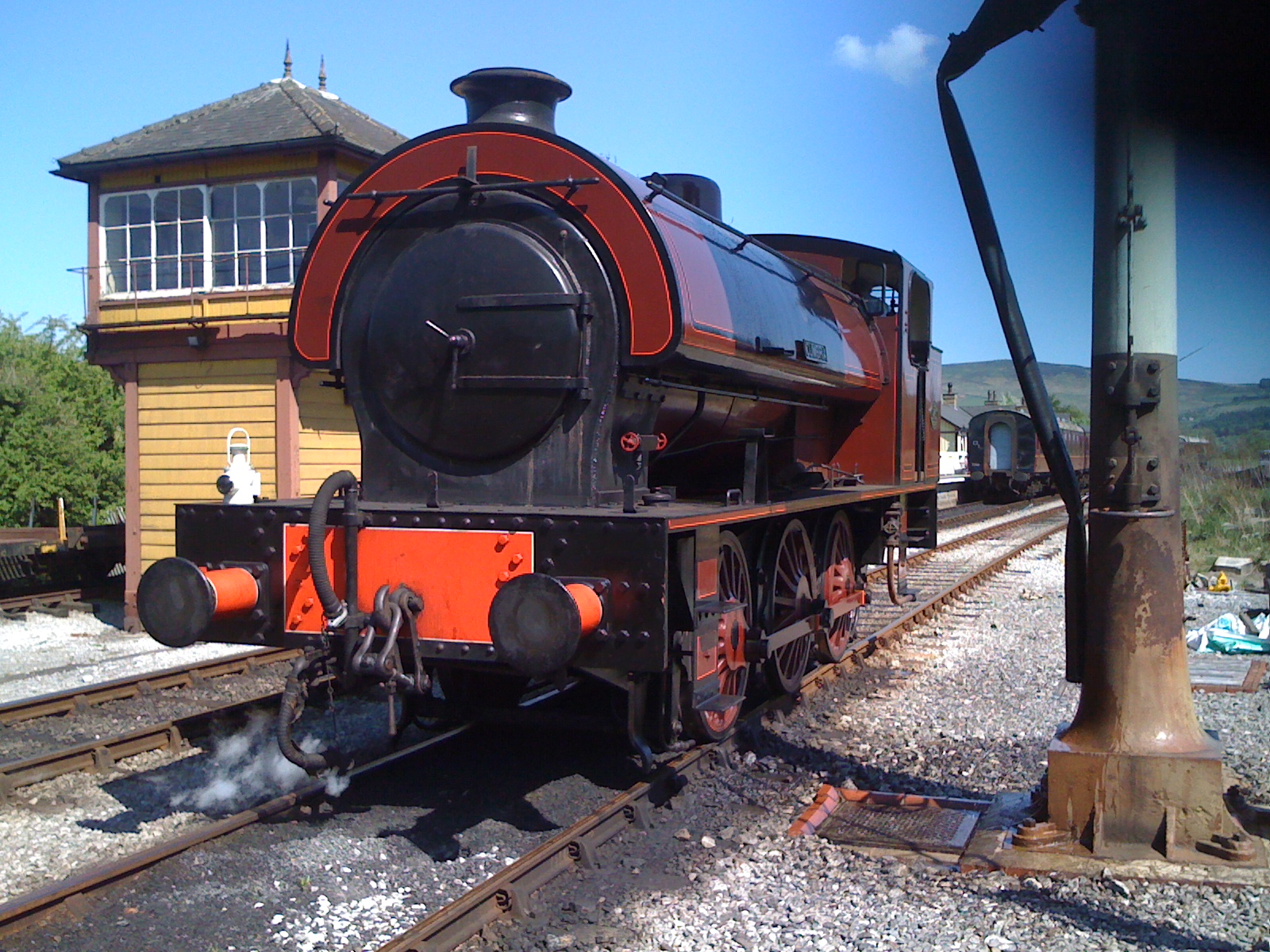 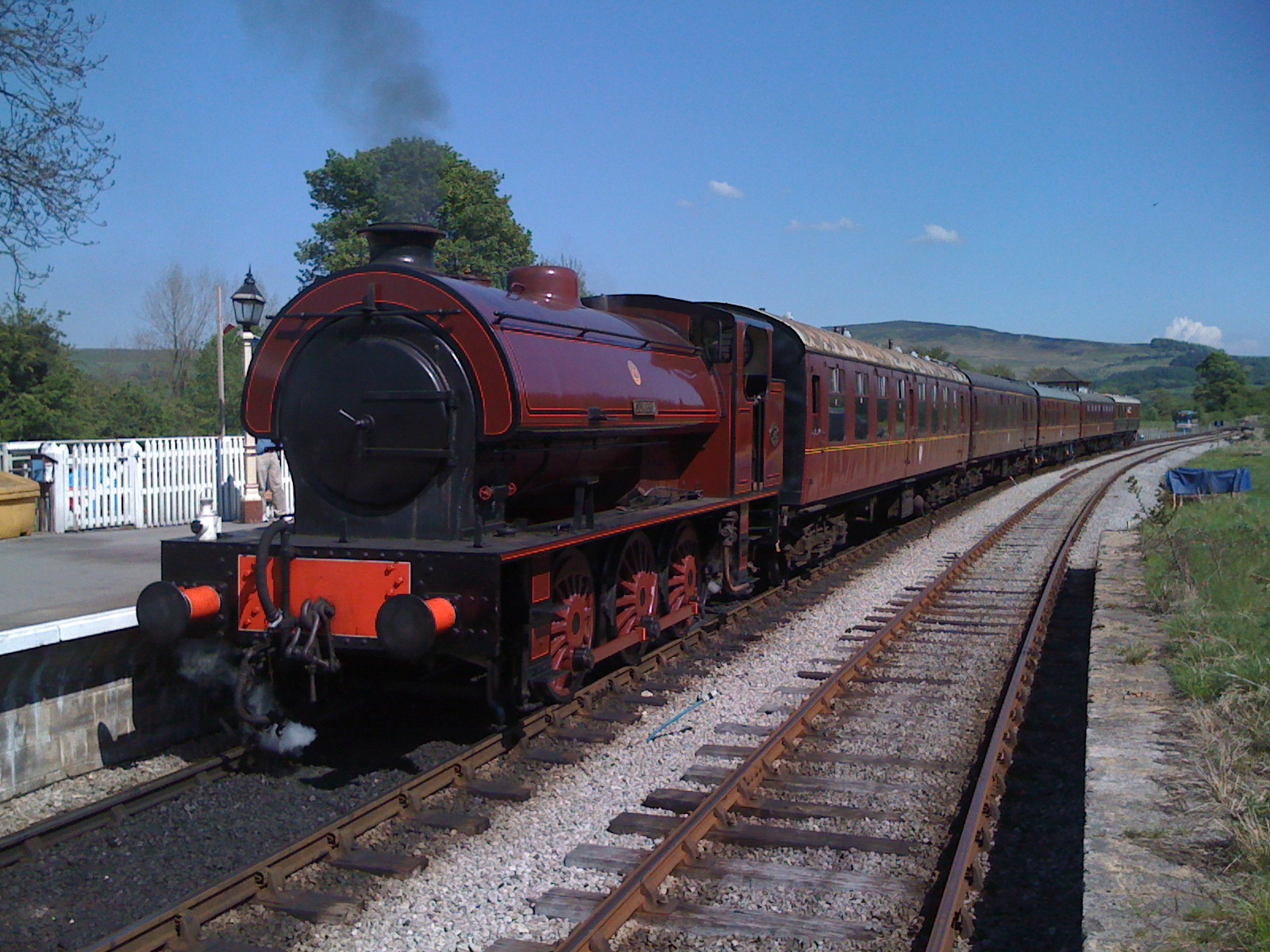 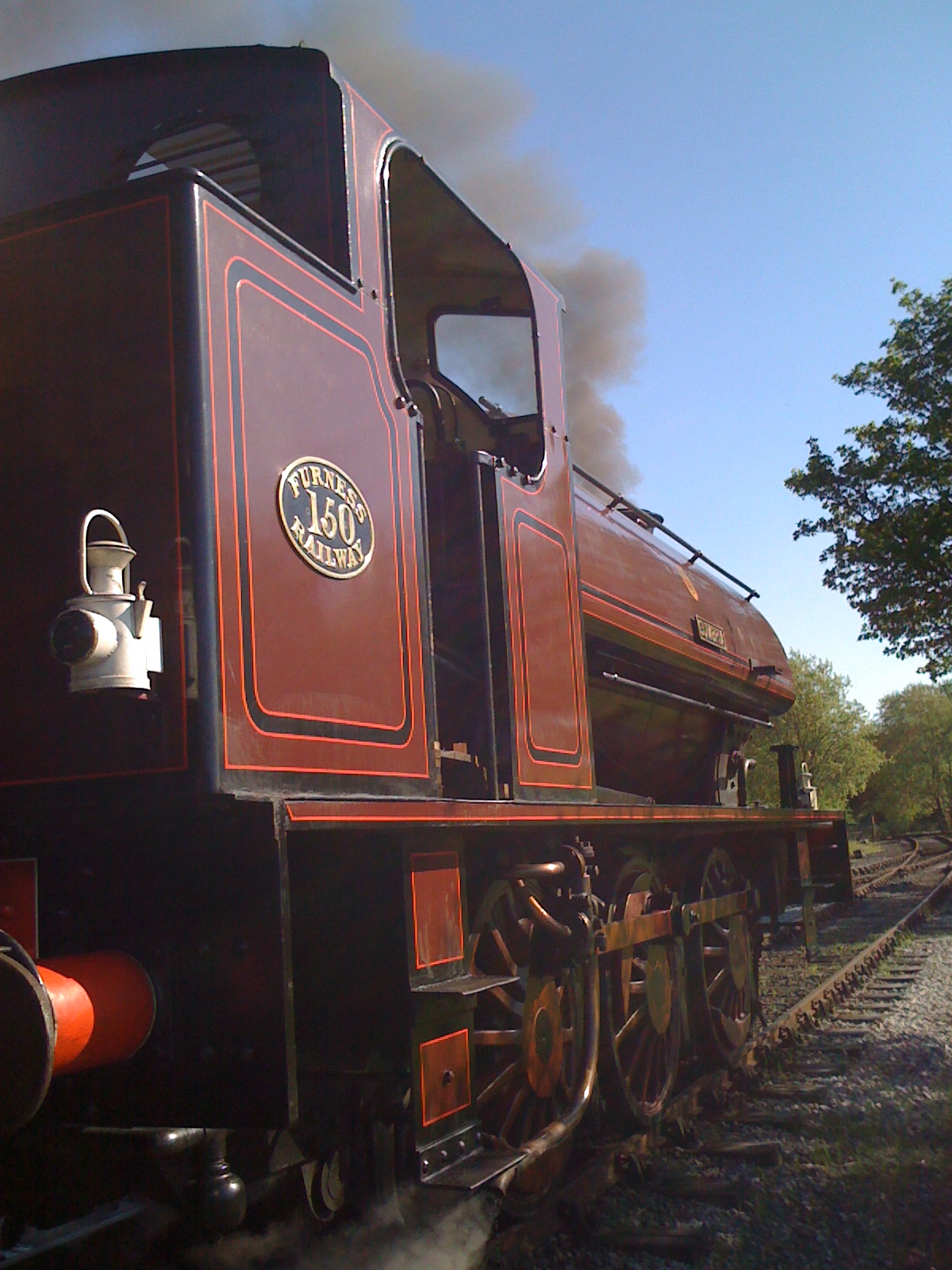 “Cumbria” was built to the wartime “Austerity” design, slightly modified by Mr. R.A. Riddles, by the Hunslet Engine Co. of Leeds in 1953. It carries works number 3794.

The locomotive was delivered as WD 194 to the Longmoor Army Stores Depot in southern England as part of the Strategic War Reserve. Despite being brand new, it was immediately put into store! Two years later, in 1955 when the Stores Depot closed, the engine was transferred to Bicester in Oxfordshire where it was put into traffic in 1958. After ten years of service, it was completely overhauled and retubed before being put back into store again!

This time, though, it was only a matter of months before the engine was transferred to the Weapons Testing Depot at Shoeburyness in Essex to replace another locomotive, whose firebox had been condemned. Its days at Shoeburyness were very leisurely: the locomotive was only steamed once every twelve weeks, the main duty being to haul the 50 tons Cowan Sheldon steam crane when gun barrels needed changing on the gunnery ranges. After a quiet career with the Army, the locomotive was purchased from the Ministry of Defence in July 1973 by the Lakeside Railway Society.

It arrived at Haverthwaite in September of that year, still bearing the khaki Army livery and the number 94, and entered traffic in 1974 after being fitted with the Alan Middleton vacuum equipment.

The engine was painted maroon and named “Cumbria” by Councillor Tim Westall, the Chairman of the then newly formed Cumbria County Council, at Haverthwaite on 11th May 1974.

Cumbria has visited Embsay & Bolton Abbey Railway during 2010-2011.  It has made a welcome return to Yorkshire during May 2018.

Weighing 48 tons 5 cwts, it has two inside 18″ by 26″ cylinders and a tractive effort of 23,870 lbs. This makes it ideal for handling five and six coach trains, although it has on occasions been called upon to haul eight fully laden coaches on busy days. 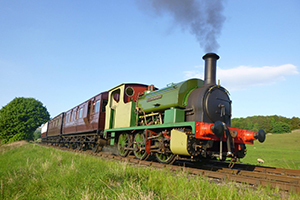 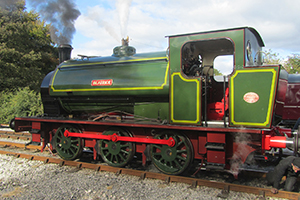 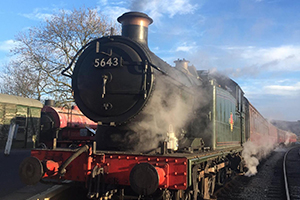 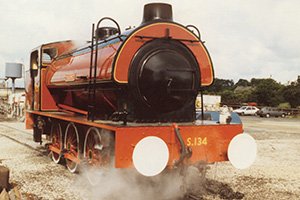 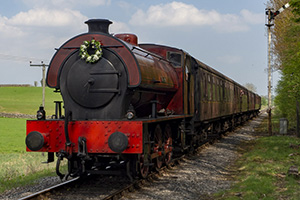 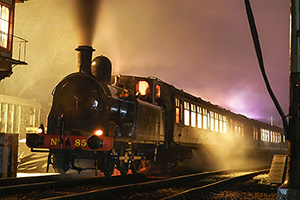 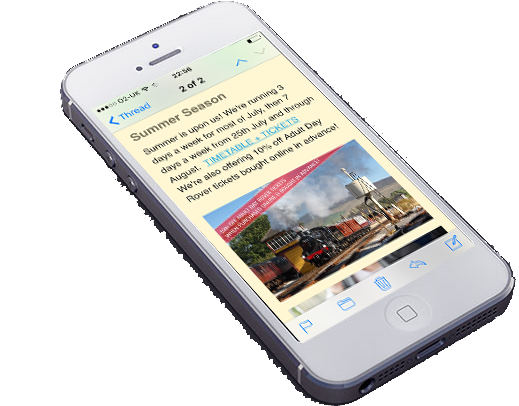